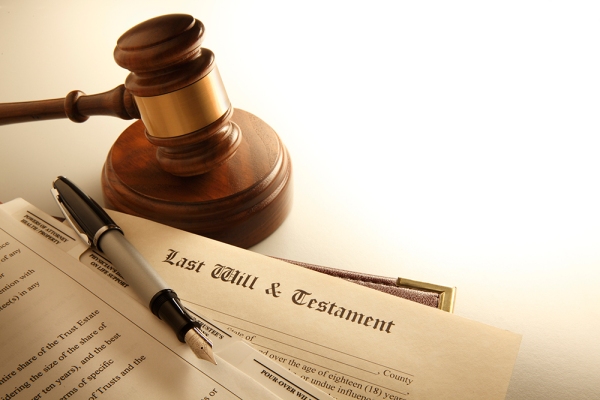 The UK Ministry of Justice (MoJ) has today announced the implementation of secondary legislation under the Electronic Communications Act 2000 that can be applied retrospectively to the beginning of the COVID-19 pandemic on 31 January. The new legislation, which only applies in England and Wales, enables individuals to video-witness the execution of their wills if they are unable to observe the normal formalities, and cannot have two independent witnesses present. Therefore if someone is isolating and there is no feasible way to arrange for witnesses to be there, they can video record themselves executing their own will and it will be legally valid.

The fight against COVID-19 has made the will writing process even more complicated with social distancing and self-isolation throwing up some difficulties for people looking to get their will written. It has been possible to speak to a will writer over the phone or via video conference in order to draft a will; however, to be valid, a will must be signed by two witnesses present at the same time. The witnesses must be independent and cannot be beneficiaries of the will or related to the person that the will applies to.  For some, it may have been possible to enlist neighbours and arrange a situation where all are able to see each other while maintaining the requisite distance, but for others, for example vulnerable people, or people confined to bed or in hospital, this has not been possible.

STEP has been in discussion with the MoJ since the lockdown was enforced and has welcomed the introduction of video conference witnessing of wills, which removes the need for any physical witnesses at all. Of course, not everyone has access to laptops or mobile phones with video facilities, which would exclude a small part of the population, but it can work for the majority. Whilst the government has maintained the current law, it has effectively been condoning gatherings of at least three people from two of more households, and has been putting people at risk of catching or spreading the virus.

We are delighted that the government has responded to our calls to allow will witnessing by video facility. By removing the need for any physical witnesses, wills can continue to be drawn up efficiently, effectively and safely by those isolating. We also endorse the move to apply this retrospectively, which will provide reassurance to anyone who has had no choice but to execute a will in this manner prior to this legislation being enacted.  The legislation is anticipated to come into force in September 2020 and will be in force for two years until 31 January 2022. Practitioners should be aware of the sunset clause and make sure that any remote execution takes place prior to the expiry of the legislation.

STEP has prepared some guidance for members, with thanks to our working group comprising Paul Saunders TEP, Jennie Pratt TEP, Amanda Simmonds TEP, Leigh Sagar TEP, Charlotte John TEP, Charlie Tee TEP and Laura Kermally TEP.  However we are keen to reinforce that the new remote method of witnessing should not be a substitute for the conventional method of physical witnesses. The remote method should only be used in an emergency when conventional witnessing is impossible and extreme caution is required when taking this course of action.