With five years before the next UK General Election, many predicted the Chancellor would make radical tax changes, but the announcements fell short of hitting that mark.

In his March 2015 Budget, George Osborne stated that he intended to review non-UK domicile status and whether it should be harder to obtain. Changes were expected to the period for which a remittance basis election must be made, but instead the Chancellor has chosen a more direct method of chipping away at the tax advantages of non-UK domicile status. Non-dom status survives but, from April 2017, anybody resident in the UK for more than 15 of the past 20 tax years will be deemed UK domiciled for all tax purposes ‒ there are no grandfathering rules. This will mean that they will no longer be able to use the remittance basis from their 16th year of UK residence and they will also be deemed domiciled for inheritance tax (IHT) purposes. A child’s domicile under general law and deemed domicile for tax purposes will be tested by reference to each child’s own individual circumstances. In future, those who had a domicile in the UK at birth will revert to it whenever they are resident in the UK.

Once a non-UK domiciled individual has acquired deemed domiciled status under the 15-year rule they will need to spend over five tax years outside the UK to lose it. UK domiciliaries who leave the UK after 5 April 2017 having been here for over 15 years will also be subject to the five-year rule even if they intend to emigrate permanently.

Non-UK domiciliaries who set up an excluded property trust before becoming a deemed UK domicile under the 15-year rule will not be taxed on income and gains retained in the trust. However, such long-term residents will, from April 2017, be taxed on any benefits, capital or income received from such trusts on a worldwide basis. Excluded property trusts will now fall within the UK IHT net if they own UK residential property (occupied or let) through an offshore company, partnership or other opaque vehicle. 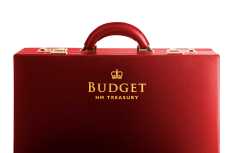 The Chancellor also chipped away at the tax breaks for private equity fund managers: carried interest will still be taxed under capital gains tax rules but tax deductions will be significantly restricted in many cases. Similarly, the restriction of mortgage interest relief for buy-to-let investors will make letting less tax-efficient when fully implemented by 2020/21.

The long promised IHT break on family homes duly emerged but will only apply where the home is passed on to a direct descendent and tapered away for estates with a net value of more than GBP2 million (before reliefs and exemptions). The additional relief starts at GBP100,000 for deaths in 2017/18 and only reaches GBP175,000 by 2020/21: the freeze on the main nil band will be maintained. The cut in pension tax relief for high earners that will pay for this is also to be phased in with the transitional rules softening the blow by giving everyone two GBP40,000 annual allowances to use in 2015/16.

Last week’s Budget also confirmed to estate planners that multiple trusts will remain effective for IHT provided they are set up and funded on different days. Individuals who settle multiple trusts will no longer have an unlimited number of IHT nil-rate bands but it will be possible to settle property up to the value of the nil-rate band into trust every seven years.

Perhaps the most radical change was the decoupling of the personal tax regime for dividends from corporation tax. Without the notional credit, the new rates could collect up to 6 per cent more on dividends and, although the GBP5,000 nil band will limit the effective tax increase for many, there will still be an element of double taxation. Those looking to forestall the change by paying out larger dividends this year will save some tax, but will also bring forward any higher rate tax liabilities to boost tax revenues in January 2017.

So, while there were some surprises, their impact was tempered with transitional rules and long lead times: the overall impression was more evolution than revolution.

Wendy Walton TEP is the Chair of the STEP UK Technical Committee and is a Partner and National Head of Private Client Services at BDO LLP. Read her March analysis of the Chancellor’s earlier 2015 Budget.