We do of course have similar problems with wills and other documents. In many civil-law jurisdictions, the original will is not released by the holding notary, but he produces an inheritance certificate based on it. In jurisdictions where executors or administrators are appointed, the will may well belong to these Personal Representatives (PRs) once the testator has died. Professionally, what information is it proper to release? Once we have seen an original death certificate, the will belongs to the PRs. Before we have seen an original death certificate, we must not release the will. Can we confirm the identity of the PRs? Probably not. Can we confirm that we do hold an original will for a particular testator?

My firm has recently received an enquiry about a particular will, from a commercial will register operator that extensively markets its will searching service. After questioning, it appeared that the relevant testator had not yet died, but that the company had been instructed by a relative to locate the original will.

Does our duty of confidentiality under the STEP’s Code for Will Preparation in England and Wales extend to the existence of the will? Our conclusion was that, in general terms, we should not reveal the existence of a will to anyone other than our client until we have seen an original death certificate.

Is this too restrictive?  Can’t you see you’d be a fool to cling to me?

Richard Frimston is Co-Chair of the STEP Public Policy Committee and Chair of the STEP EU Committee. He is a Partner and Head of the Private Client Group at Russell Cooke LLP and — as the title of this blog post suggests — has an affinity for the musical styling of Engelbert Humperdinck. 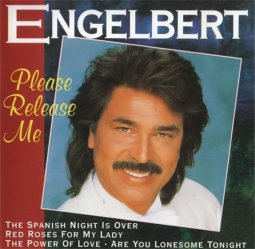 6 thoughts on “Please Release Me, Let Me Go”